Creating the Accounting System for the Factory

Great story over on Bloomberg about how Josiah Wedgwood created the modern accounting system for the factory era: "How a Potter Took Accounting Into the Industrial Age".

Wedgwood’s products became so popular that he could charge high prices and the profits rolled in. But during an economic downturn in 1772, demand for the vases slackened. With serious cash-flow…

Connection, Collaboration and the New Economy

Just received David Gurteen's latest Knowledge Lletter and was struck by his opener:

Some sound advice here from David Ogilivy. We send an email when we would do better to walk around to the person we wish to engage and have a conversation with them or failing that pick up the phone.

In reading this, I…

For the past 6 months or so, I have been serving as an advisor to the International Integrated Reporting Council (IIRC). The goal of the IIRC is "to create the globally accepted International <IR> Framework that elicits from organizations material information about their strategy, governance, performance and prospects in a clear, concise and comparable format." The…

Reorganizing STEM programs - and going beyond

Today we continue with our look at the President's budget proposal (see earlier postings). One of the budget's themes is "educating a competitive workforce." Within this overall framework are a…

Once again, a budget request for entrepreneurial training

Is 80% of the value of the average business really intangible? 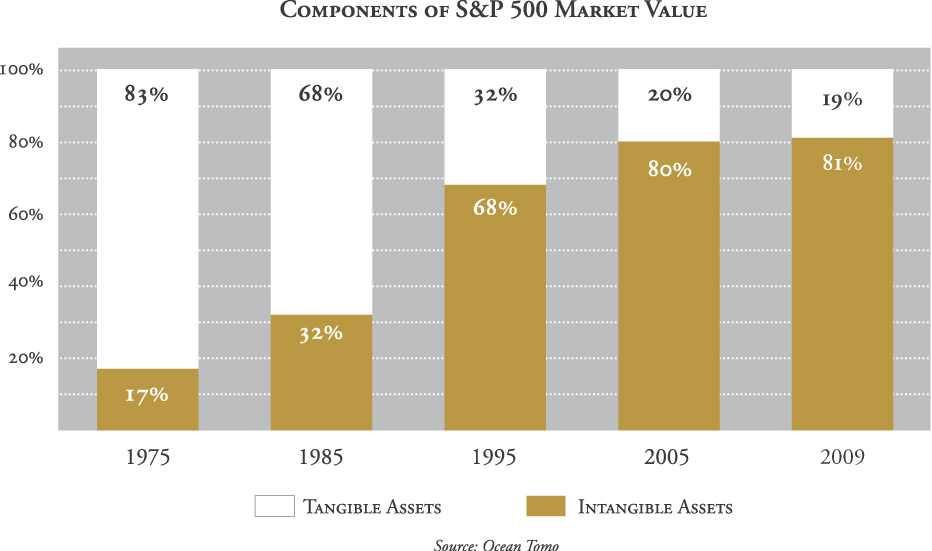 It's true and very easy to see in this calculation from Ocean Tomo.

I use the figure a lot. The fact that 80% of the value of the average business is intangible. It’s an astounding factoid that I use in the hope of awakening a realization in…

Right now, every policy wonk in Washington is focused on this morning's release of President Obama's FY 2014 budget. I will have more on the budget and investments in intangible assets later. But right now I would draw your attention to an often overlooked accompanying document from the Department of the Treasury: the General…

Why I use the term intangible capital 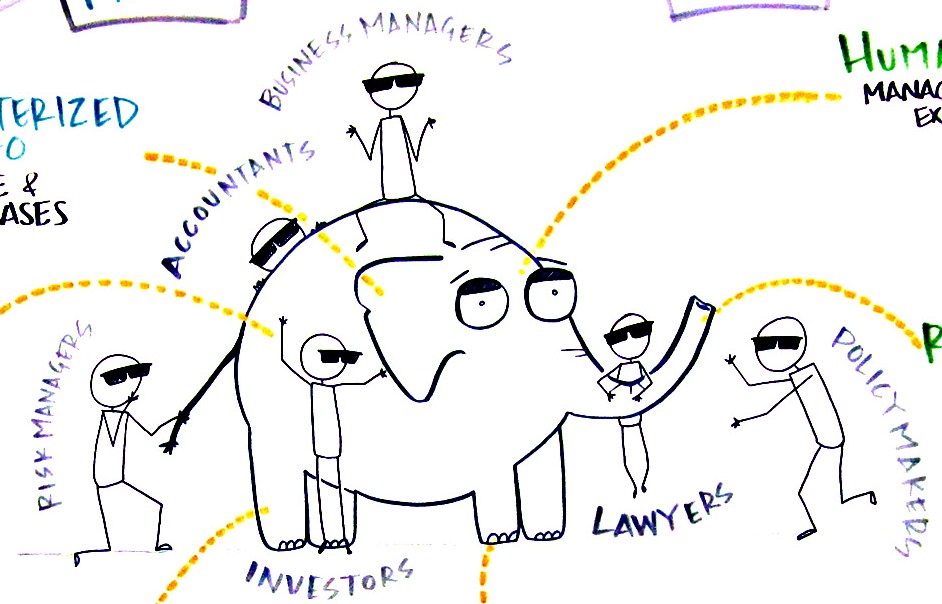 They shape our thinking and shape our conversations.

Here are some really common conversations I have with new business acquaintances:

I ask what they do. They ask what I do. I say (of course!) that I work with intangible capital. Some people ask what I mean by that. Most immediately…

By deploying Intangibles, The Ingenesist Project offers a simple Value Game worth upwards of 100 billion dollars.  This value is currently underwritten by the insurance industry as water damage risk that can be reassessed at pennies on the dollar and transformed to liquidity in the real estate market.

The condominium maintenance and reconstruction industry is enormous.  Condominium associations are challenged to manage modern…

David Chacko's newest mystery novel, The God App, is a story about a detective tracking down the killer of the professor who invented a computer program that anticipates major moves in the financial markets. Whoever holds The God App is far above the law as the people who rule the world come calling for their guaranteed returns. It would seem that the only problem with The God…

Recommendation: Webinar: Measuring Your DAM Capabilities by the RealStory Group

Digital Asset Management is a standard of practice that belongs within the management of intangible capital. I can't attend but recommend this webinar from a reliable analyst and consulting practice firm. Lynda Moulton…

I’m a little obsessed about the untapped intangible capital inside organizations. This IC represents potential growth, innovation and the prosperity we crave for our communities. But it often lies fallow because management and even the employees themselves fail to understand their collective power.

What If We Got It Backwards?

This not so far fetched actually because our species has already created an incentives based economy that rewards people who act in their own best interest.  We also created Calculus - one of the greatest achievements of the…