There was a great article in the Financial Times entitled The strategy consultants in search of a strategy.

Countdown to Amsterdam - Intangibles of Heineken and Akzo Nobel

On Friday, I’m going to be with our ICountant partners in Amsterdam at IPR Plaza and i2c to facilitate a workshop for their communities. The focus of the workshop is creating superstar companies and we’ll use a couple of our open source ICounts tools to give the participants a first-hand lesson in ICounting.

In recent weeks I’ve been getting ready for an exciting session on Accounting for Intangible Assets at SIBOS 2013 in Dubai next month. Working with…

Why There's No Going Back

We talk a lot about intangibles and smarter companies. Most people get what we are talking about.

But why these particular changes? Why now? Sometimes I’m forced to explain it all more succinctly. As I’ve prepared for the webinar on Superstar SME's I’m doing with IPR Plaza on Thursday, I’ve been challenged to develop some background pieces that help explain…

A New Generation of Consulting Practices

I read with interest the recent series Why Management Consulting Will Be Disrupted by one of our collaborators, Jay Deragon. The thesis is that digitization brought on by technology, the internet and social media will challenge the business model of traditional management consulting practices.

Below are some thoughts on key trends affecting the industry and…

The ICounts Graphs tell the story of a company in a succinct way. Here’s the story of what one company discovered through this assessment process (see note below).

Profile: Software and services company in the healthcare space

Why they undertook the assessment: The company had grown consistently over its ten-year history. But growth had stalled and they had just been turned down for a new credit line. They wanted to jumpstart growth in a way… 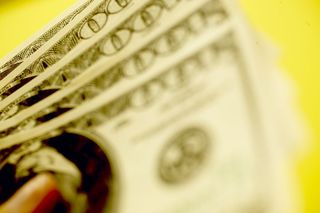 McKinsey gets intangible capital wrong http://t.co/P0CUdpCgbb I would follow the money to find out why ;)

One of the challenges of business today is that most of the drivers of innovation, performance and value aren’t visible. That’s because mainstream accounting and management systems aren’t built to track and measure digital assets, knowledge and collaboration. Yet these intangible assets make up 80% of the value of the average business. 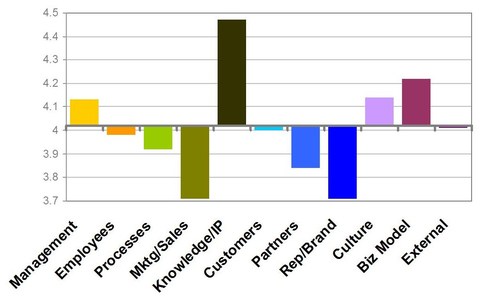 The new changes to GDP calculations to include intangibles have been prompting lots of discussion in the mainstream press. That's great news to all of us in the IC community. So it feels like the right time to pull out the basic principles of Intangible Capitalism that I first wrote a few years ago......

Our economy now runs on intangible capital. 80% of the value of the average business in the U.S. is intangible. This is very…

Intangibles, GDP and You

I have to confess that I have been surprised by the depth of the reaction to the latest changes in the GDP calculations which count R&D and creative works as investments with lasting value rather than current expenses that don't last.

This is something that has been in the works for years. Back in 2006, the NY Times explained that the BEA had begun to experiment with the idea of adding…

An Open Letter to McKinsey: Our Collective [Intangible] Responsibilities

I’ve been active in the field of intangible capital for many years. So I had a flurry of emails in my inbox this week from colleagues making sure that I saw your new report Measuring the Full Impact of Digital Capital. Since you don’t invite comments on line, I am emailing this to you and also publishing it in…

The Perverse 80-20 of Accounting

How much do you spend every year on accounting? It’s probably a lot. And at the end of the day, you get a balance sheet that explains just 20% of your total corporate value. You get very little information about your capacity to generate future growth, earnings and value.

That’s because the source of competitive advantage for every company has shifted. It used to come from hard assets you could see on the balance sheet. Today it’s about the quality of your people, processes, networks…

We are so used to the current conventions of accounting and corporate reporting that we never think to question them. But if you think about it, these conventions are based on the “I win, you lose” thinking of the industrial era. This is because that era (and…

Who cares about your ICounting? 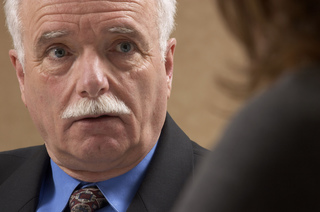 Here’s where the contrast between Accounting and ICounting gets interesting.

Who cares about your Accounting? Your Accountant. Your banker. Your owners/shareholders. They care if you make a profit. And, indirectly, your stakeholders because they need you to remain financially viable.

But with ICounting, all your stakeholders have a vested interest. That’s… 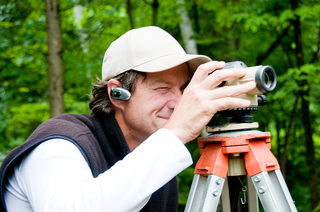 In the old days, Accountants could help you understand what happened during the past months and years but they could also help you understand your productive capacity—which is really about your future ability to continue to operate and produce revenues and profits. This was possible because of an elegant solution to capital expenditures with a benefit beyond the current…

Straight from the Source: Intangibles in M&A

Over the course of the afternoon, we led some 100 M&A professionals on a discovery process to learn how to identify,…

Shouid there be standards for intangible capital reporting?

My friends in the academic world who keep track of these things tell me that there are dozens of systems and frameworks that have been suggested for measurement and reporting of intangible capital. What many, many of them have in common is that they are trying to create a structure for reporting that moves in the direction of creating “standards.”

Normally, I would say that this is a good thing. Standards can be really valuable. They help simplify communication and collaboration.…

Who Determines the Value of Your Intangibles?

For those of us trained to think financially, we tend to think of the word “value” as a financial concept. As in, what is something “worth?” This is still a valid concept for intangibles. In fact, there are already well-established approaches to determining how much intangibles are “worth” using traditional valuation techniques. They are based on financial models and…

Who Decides the Value of Your Intangibles? 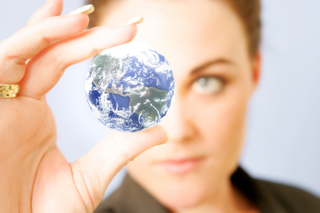 I often get requests from people asking if I can help them “value” their intangibles.

Sometimes they need a formal valuation for tax or compliance reasons. That’s easy because this is something a good valuation firm can do.

But most of the time, the person just has an unsettled feeling. That their boss or their colleagues or customers or any number of other…

What Makes an Asset an Asset in ICounting?

One of the very basic tenets of accounting is that you only show as assets those things that you own. It’s completely obvious and sensible. That tenet will never change. Nor should it.

But this is one of the tenets that makes it hard to rely on accounting alone to understand how organizations work in today’s world. Because what defines a company or an organization today is not really what you own. It’s about what you attract. Can you attract the right people, the right partners, the…