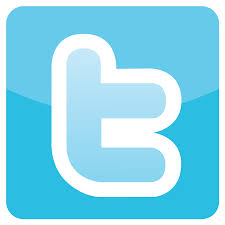 But as someone interested in the field, I get frustrated that the holistic view that IC brings is often lacking. In an effort to gain such a view, I've brought together some pieces of the puzzle:

(Sources are listed at the end of this post)

I assembled the above summary using the inside-out kind of data we are used to seeing from and about companies. This approach uses financial and quantitative data to describe the essentials of a company. But there’s no consolidated view, like we used to have with the tangibles-based balance sheet.

Categorizing the data by intangible type and looking at how it’s connected can be interesting. In this case, it shows that not much is understood about the people behind the company’s success. It also shows how dependent the company is on its relationship capital—the primary structural and strategic assets are directly related to the relationship capital. And, you could make the case that the relationship capital is dependent on the continuing strength of the culture (strategic capital) and the people (human capital). But if we don’t know about management,  we don’t have a complete picture

How could we get clarity? That’s where I’m left wanting an outside-in measurement. How do the company's stakeholders view it?  Maybe the number of active users is a proxy for that. But that’s going to be a lagging indicator. If I had to choose, I would want to monitor the people and the culture as leading indicators. Catching a problem there would be far preferable to waiting to see it in the user data. This is why we recommend that companies proactively measure their key intangibles through stakeholder feedback. Meeting your stakeholder needs is the path to success for just about every company.

And this begs the final question about the IPO. If Twitter puts itself in the position of being beholden to Wall Street to extract more value from its intangible capital, what happens to its power to attract those all important users? In other words, how much alignment will there be between the shareholders and the stakeholders?

This is why I continue to believe that future Twitters and Facebooks will turn to their users rather than the capital markets for liquidity. In the Slate article referenced below, Matthew Iglesias makes the point that IPO’s today aren’t about raising capital, they’re about liquidity for early investors. This IPO replaces an interested, more engaged investor group for a more fickle, demanding investor group on Wall St, not the kind of relationship capital I would choose for a company whose value is so strongly based in intangibles like people, users and partners…

NY Times Curtain is Rising on a Tech Premiere With (As Usual) a Mostly Male ... and story about management’s response on Twitter