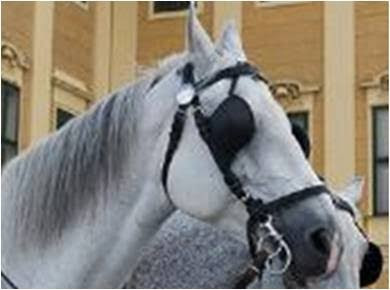 I was sitting on my couch flipping through Fast Company last night and found two articles back to back in the Next section that are like a double punch for any businessperson who isn’t already thinking about how social technologies will change their world. (I was so struck by the double whammy, I looked to see if the editors noted the link between the two...I guess they just let them speak for themselves)

The first, You Sign, Companies Listen is about change.org where anyone can make a petition about anything:

Disgruntled customers have used Change.org to pressure insurance companies into covering denied treatments and force mortgage lenders to halt foreclosures. A 2012 campaign launched by 10-year-old Mia Hansen convinced Jamba Juice to ditch Styrofoam cups for an eco-friendly alternative. Another, started by 14-year-old Julia Bluhm, persuaded Seventeen magazine to stop Photoshopping models. In May of this year, 18-year-old Benjamin O'Keefe called out Abercrombie & Fitch CEO Mike Jeffries on the lack of larger sizes in the company's stores, and two weeks and 75,000 signatures later found himself in a meeting with Abercrombie execs discussing ways to make their brand more inclusive.

The website is providing the platform and also teaching people how to craft effective petitions that lead to real change.

The second article, Not Kidding Around, is about how young consumers are “angry, vocal and eager for change.” It quotes Umair Haque:

That stuff is really there, and we have to build different kinds of organizations. Otherwise the young are going to eat these companies alive. They don't trust them, they don’t want to do business with them.

This is scary to many businesspeople because they are afraid that they could be blindsided at any moment by a seemingly random attack from a customer or activist. But, if you are thinking about the present and future of your company in the right way, you’ll be well ahead of this kind of “attack.” What’s the right way to think? How can you manage proactively? I have two basic pieces of advice:

First, focus your management efforts on your intangible capital. That means having and actively managing an inventory of your key intangibles (including human, relationship, structural and strategic assets) and working to keep it healthy and in balance. If tangible assets are key to your competitive advantage, include them here too.

Second, measure your intangibles from the outside in. Most companies are experienced with what I like to call “inside-out” measurement like financials and scorecards that use internal metrics of both tangibles and intangibles. But very few engage in comprehensive “outside-in” measurement exercises. This involves asking your stakeholders (customers, partners, communities, employees) how you’re doing with all of the key intangibles on your inventory (here's an example).

If you match stakeholder assessments against your inventory, you’ll create a heat map that tells you where you are doing well and where you are vulnerable. It gives you time to work on it all and communicate openly with your stakeholders about what you’re doing. Wouldn’t you rather do that rather than waiting for someone else to shine a light on your vulnerabilities when you least expect it?

That’s what ICounting is all about. It’s a set of proactive measures that looks at the intangibles that make up 80% of the value of the average business today. I guarantee you that your business is dependent on intangibles for success and competitive advantage. Measure them today and you won’t get blindsided tomorrow.