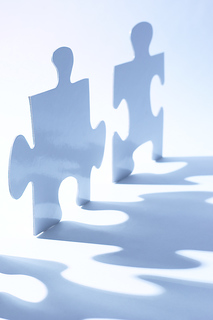 As 2013 has opened, the merger business has, as theNY Times reported, “roared back to life” with more activity than has been seen since 2007, the year before the Great Recession began.

Corporations have $1 trillion in cash on their balance sheets and buyout firms have literally billions of dollars of money to put to work. Cash, a stronger stock market, a rebounding lending market and enough confidence in the future all will help fuel a new boom of takeovers.

But will this M&A activity be more successful than in the past? Because the track record of mergers in general is not very strong. For those of us in the intangible capital community, this is no surprise. Why? Well, it’s because there is little structured diligence around intangibles even though 70% of the average deal ends up being booked to intangibles.

Intangible capital includes people, processes, knowledge, relationships, culture and strategies—all the things that everyone knows to be important but never get the attention they should. One of the biggest reasons is that intangible capital exists largely outside the current accounting model. (There are good reasons for this but it doesn’t mean that intangibles are not financial assets. To the contrary, billions are spent developing and buying intangibles every year)

Can a deal that works on paper and in the projections really work if the intangibles are wrong? No way.

I lived through my first financial cycle as a young business student in the 1980’s. I’ve seen a lot of them. And it makes me sad that a lot (but not all) businesspeople are going to go through this one without a good ICounting toolset.

Don’t be left out. Don’t screw up your mergers. Use an ICountant to plan it out.

Thank you very much for your recommendation, so happy to discuss with you about IC and get the opportunity to express and test my own ideas. It is so precious opportunity to learn..

May you a nice day,

Your ideas are reasonable and actually very in tune with the thinking that is driving how we see IC's place in management thinking.

John's work is great. You will also see a lot of this kind of thinking in the blogs by my colleague Jay Deragon.

Thank you for liking my ideas. ^_^

My inspiration is from Dr John Dumay's paper (Making sense of intellectual capital complexity)..and I just image the pics in my own mind. I only have done 1 year's research , I even don't have working experience, so I am not confident if my ideas is reasonable..

Thanks for sharing this great story about how you came to appreciate IC  I like your images of the company as a creature and the IC as its soul...and that it is all interconnected.

I do think that the four categories of IC (human, structural, relationship and strategic) help people appreciate that it isn't just about pure knowledge, it's about how knowledge is used and shared. The soul, the culture, the connection (together the social) are all critical to the health of the creature.

I don't understand your last comment about few evidence. Could you clarify?

Thank you very much for your so specific explanation. These ideas really broaden my horizons. Especially your consideration about social aspects.

1. Intellectual capital. Since I began to learn IC 1 years before, it is my first time to touch this terms. From the classic definition "everyone and everything in the organization can create values Stewart (1997)", I am really confused what really IC. Are the chairs, computers ect. IC ? But these how can we link these things to "intellectual"?.

2. When I began to do my research, I need to read some IC reports about the banks in Europe, I begin to touch the terms : knowledge capital and knowledge-based capital are used in the practical world. But what I feel they just change another name.

3. In my personal view, I like "intangible capital" most. After learning your perspective, I rich the picture of IC in my mind. I think IC should be "soul" of a company, a company can be seen as a "creature".  There are many ties that construct the soul, and every ties link together and also link to everyone and everything in the company. If someday, someone leaves, something is broken, the ties can help to recreate missing parts. Above are just my imagination based on my 1 year's research study, I am sorry, actually it has few evidence. ^_^

I have to say that many people use these terms interchangeably.  The term that has been around the longest is intellectual capital. I personally shifted away from "intellectual" to intangible capital for three reasons:

The knowledge-based terms are used less in my experience. I like knowledge as a grounding term but in recent times, I've been seeing that focusing on knowledge without focusing on social interaction and collaboration is also limiting.  For example, where I used to talk about the Knowledge Era, I now talk about the Social Era.

What do you think?