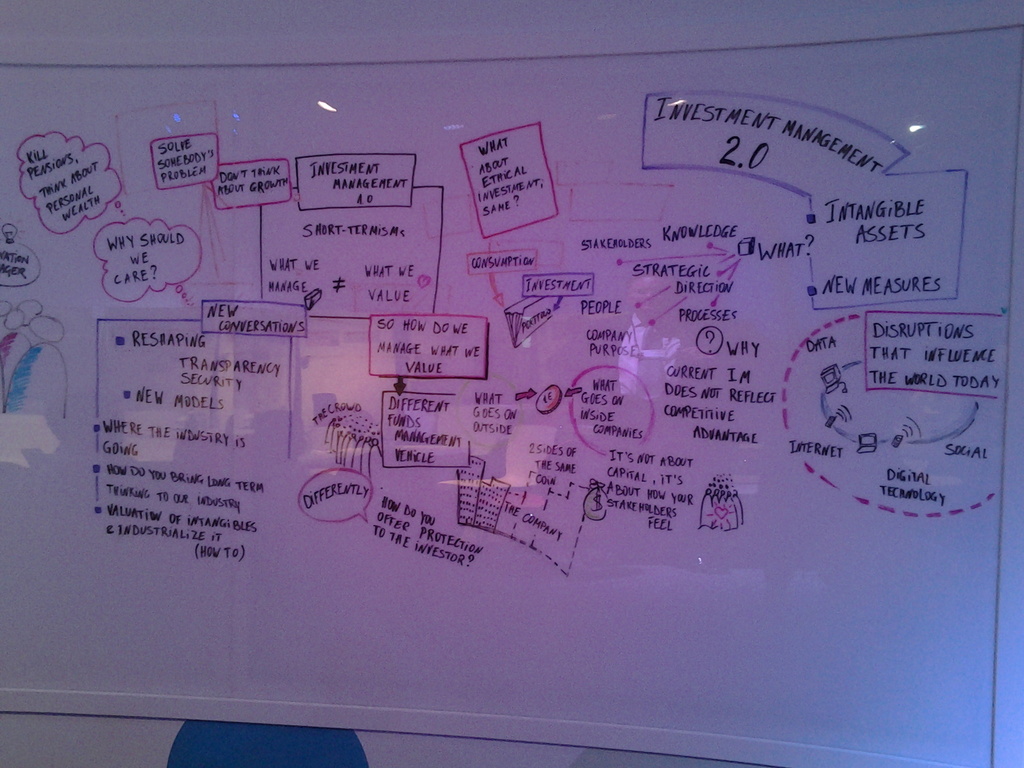 We had a spirited discussion with the audience yesterday at Sibos. My fellow panelist,  Stephen Richards,  focused on the need for structural changes in the industry.   I tried to explain how the changes in technology were fueling changes in the role of capital and the drivers of success in business. The rise of intangibles means that the you can't understand the outlook for a company based on its balance sheet. This leaves only the backward-looking, short-term view of the income statement.  Two big implications: the need for new forms of analysis of companies and the rise of forces to disrupt the industry.

Here's the argument: the same technologies giving rise to the intangible economy also give more power to consumers, individuals and collaborators. Stephen thinks consumers will want to align their investments with the priorities (such as sustainability).  I also think consumers will want to work with companies whose interests are aligned with theirs.  For example, a competitor to Facebook may arise in the future whose members have the option of also investing in the company.  This model would not be extractive, as Facebook is today.  The interests of the members and owners would be aligned.

Intangible capital frameworks help identify all the stakeholders and value creation processes of a company.   On Thursday, we'll be doing a live exercise to show how to create this kind of inventory.  More to come!