NASA and The Silver Tsunami of an Aging Workf

Washington Think Tank has an obsolete view of

The Information Technology & Innovation Foundation (ITIF) is one of the best think tanks in Washington because they study how innovation drives economic growth. However, the ITIF largely…

Blog Washington Think Tank has an obsolete view of 2 Likes

The model of integrated thinking that combines three frameworks – Integrated Reporting, Sustainability, and Intangible Capital is excellent, but the framework for innovation is missing. In the…

I am glad to share with you the main findings of my research project on ValueRabbit, a new and holistic IC Evaluation and Management scorecard model developed in…

Blog A novel, holistic method for Intellectual Cap 1 Like Intangible-intensive profile of a company: th

Pioneering in Integrated Reporting in South A

South Africa is leading the way on the usage and adoption of the integrated reporting approach. Ernst & Young encourage this through a bench marking of the listed companies, presently in its…

Blog Pioneering in Integrated Reporting in South A 1 Like

Intangible Capital (IC) is misunderstood by the federal government, universities, economists, think tanks in Washington, and other organizations such as The…

A story that gets it -- from The Tennessean (Nashville):…

I like to say that performance measures should be “actionable,” in that they are useful for a decision that needs to be made. To…

„In the last decade the development of the…

Capturing the feedback- notice which word is 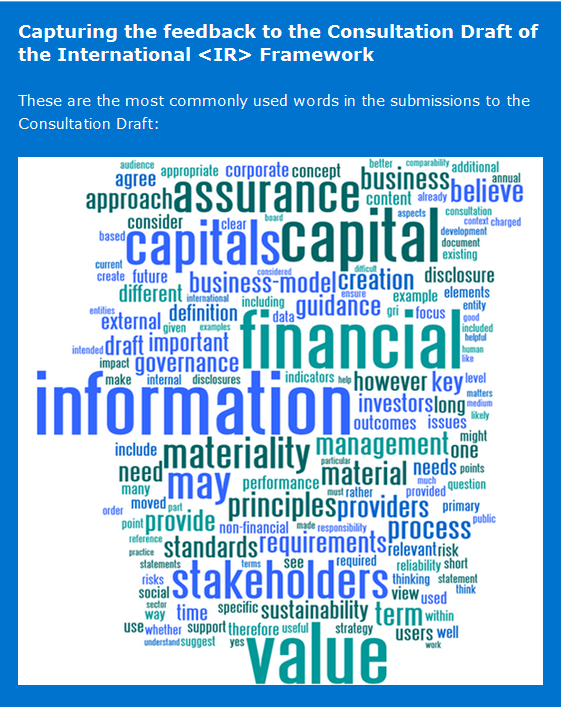 Blog Capturing the feedback- notice which word is 1 Like

Blog An Integrated Model for Effective Knowledge M 1 Like

Treating intangibles as an investment in GDP

The advanced estimate of GDP for the 2nd quarter of 2013 is out -- and it surprise everyone by showing a 1.7%…